This Use Case shows you how DMG MORI, one of the leading manufacturers of machine tools, develops a mobile product configuration together with camos.

Until now DMG MORI sales personnel have used print-out lists during machine configuration discussions with their customers. Not exactly a reflection of the company‘s modern and innovative image and a process that no longer met customer expectations. Moreover, there were a number of glitches in the procedure. Consequently, DMG MORI wished to equip its employees with iPads that used a mobile product configuration solution.

Now sales staff are able to configure a machine together with the customer on a tablet, with data dispatched seamlessly to the central back office system. This produces multiple benefits; not least the fact that customers are delighted by the optimum user experience offered by the application, which in turn fosters the innovative image of DMG MORI. And because all the information can be processed directly after discussion with the customer, quotations take considerably less time, meaning that customers receive their quote significantly faster.

Fancy, sexy, cool. Admittedly, these are not the adjectives that immediately spring to mind when describing a CPQ solution (Configure Price Quote). However, they are spot on if we‘re talking about tool machine manufacturer DMG MORI. Or to be more precise, the mobile product configuration solution with which the company is setting entirely new standards in terms of user experience – and very consciously so. ‚DMG MORI is synonymous with innovative, high-quality products with an extremely distinct and modern design. Everything is designed to support the user to the best possible extent‘, explained Andre Torke, Head of Sales Tools & Sales Technology at DMG MORI. „This is the claim we wish to make good on in all the various segments throughout the company as a whole, including when configuring a machine together with the customer.“

In the past, sales personnel would travel to the customer armed with a stack of paper in order to select the suitable components together from long lists to configure an individual machine. All in all, anything but innovative and progressive – quite the contrary, the process was unnecessarily long, which also delayed subsequent generation of the quotation. Andre Torke: ‚That convinced us that we needed an integrated mobile product configuration solution. And that‘s not all: we wanted an application that offered an optimum user experience that would strike a major chord with customers at the discussion stage‘. Specifically, this meant configuration itself needed to be implemented quickly, simply and easily along a fixed work flow. Also a factor was the possibility of obtaining comprehensive information on the respective components – with technical specifications as well as photos, 3D projections, videos and prices. All to be provided via a user interface with a design as distinct as that of the machines.

DMG MORI had already gained experience of IT-supported product configuration and quotation generation within the stationary environment. For a number of years the tool machine manufacturer had already been using the CPQ solution from software consulting company camos and was also extremely satisfied with the results. Consequently, at the start of 2013 the respective decision-makers began initial discussions with camos consultants to examine the options for a mobile application. ‚camos told us at the time that it was working on a mobile end device for a client, but that this was still in the early stages. Such frankness only served to reinforce our impression of camos as a reliable and credible partner‘, explained Andre Torke. However, because DMG MORI was nonetheless keen to push ahead with the project, an alternative company was tasked with development. The application design ticked all the boxes and the functional requirements also initially seemed feasible; however, during implementation it quickly became apparent that we were going down the wrong path. Not least because the application developed could not be synchronised directly with the central CPQ solution. The entire control system and all machine specifications had to be manually adopted and maintained – requiring immense effort over time.

‚We consequently pulled the project and, given that a few months had passed, got in touch with camos again,‘stated Andre Torke. This step proved to be worthwhile, as in the meantime camos had finished development and testing of the mobile client, which naturally was designed to access the existing CPQ solution. Andre Torke:‚A prototype was very quickly created for us, which we regarded an exceptional feat. We were also wholly assured by the technological approach‘. That was in spring 2014.

CPQ solution in use

Barely six months later, in autumn 2014, the mobile application called OMS|fx at DMG MORI was ready to go live. Around 1,000 sales personnel in all 76 countries in which the tool machine manufacturer is represented have since been equipped with iPads – although the client naturally also operates on other mobile operating systems. Together with the customer, employees can now configure the individual machine using a step-bystep guided process: from the basic decision regarding technology and selecting a machine type to determination of the commensurate specifications. The application only ever offers variations that match the previously selected options, thereby providing an ongoing plausibility check. Users are also given comprehensive information regarding the technical details of potential components as well as details of prices. A number of visual elements are also available. ‚The illustrations and videos boost the customer experience exponentially. They are able to view control units or workstations that give a really good impression of how these would look on their own shop floor‘.

At the end of configuration, the application lists all the selected components in a clear structure. Delivery times are also displayed so that customers know what to expect at a very early stage. Two further functions are extremely useful for sales personnel. Andre Torke: ‚Firstly, the customer selection is compared with the recommended options, thereby enabling more intensive consulting and providing possible scope for further configuration optimisation. Secondly, OMS|fx also displays machines that are similar to the desired configuration and that are currently in stock. These machines can be delivered more quickly and frequently offer price advantages. As such, both tools are extremely well received by employees and customers alike‘

Once the machine has been fully configured things move quickly. Using the mobile solution, the sales representative sends an email containing all the relevant information and provisional prices to the customer. At the same time, notification is sent to the back office that contains a process identification number. This ID serves to locate the configuration within the central CPQ solution – dispensing with the need for repeated data capture. Back office colleagues review the information entered for the purposes of quality assurance and also adjust standard prices and terms of payment in line with the individual terms of the respective customer. The customer is then subsequently sent a binding quotation. ‚The mobile product configuration solution from camos saves us a great deal of time overall and customers receive their quotation considerably faster than was previously the case‘, explained Andre Torke. The streamlined process is also reflected in the performance of the sales staff. DMG MORI has consequently observed a consistent increase in the number of quotations generated since roll out of the solution. Ultimately, that transforms into increased sales.

Although not capable of being expressed in hard figures – customer enthusiasm has perceptibly increased. Andre Torke: ‚The feedback from sales is consistently positive. Field sales employees are reporting how well our application is being received by customers and how they are engaging with our machines and trying out various different configurations. Thanks to the optimum user experience, what was a necessary obligation has become enjoyable work. This also reinforces our image as an innovative company‘. 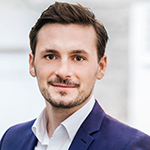 Please write to us

You are welcome to send us your questions via our contact form. We will get back to you with our answers as soon as possible.

Keep yourself up to date